Sins of the tongue 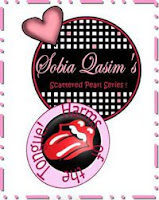 The lecture took place at Main Campus, IBA on March 10, 2011. It is a a part of the ongoing Scattered Pearls Series and the speaker was Sobia Qasim.

Please note that the following is not a transcription of the lecture and only based on the notes I took during the lecture. I have tried to cover as much as possible.

The importance of what we say can be judged from this Quranic verse:
“Man does not utter any word except that with him is an observer prepared to record (50:18)”

One of the very famous things said by our elders was that if we had to buy paper for karaman kateebeen (angels who record our deeds), then we would possibly stop talking altogether. Our elders used to be so careful about everything they said that they would write a diary at night regarding whatever they uttered during the day so if, by mistake, they realized that they had broken anyone’s heart or lied, then they would immediately repent to Allah SWT.

Remember the old Urdu saying before speaking ” Pehley tolo, phir bolo” [ First weigh, then say ] But our sorry state is that we don’t even think after we have spoken. Today, In fact, we  do such sins so easily which as if a fly comes and sit on our noses and then we easily shake our head away. For our elders, to sin was as if to have a mountain fall on you.

Imagine the importance of words from the fact that when a person says La illaha illalah Muhammadur Rasool Allah, he becomes a muslim. Although only Allah knows what truly resides in the heart, yet for the world he or she is a Muslim. And if he or she has truly accepted tauheed from the bottom of his heart, by declaring the Kalimah, his state will be similar to that of a new born baby, as if he has never sinned.

Also realize the importance of what we utter through Nikah. By declaring ” I accept” three times through the tongue, a person who is supposed to be a Na-mehram for you becomes a mehram and you can spend your entire life with him or her. Similarly, if you utter the three statements of Divorce, that is enough to make a your wife Na-mehram for you, even if the words are uttered in sheer anger. What we say is so important to Allah that it is like words written on stone and it cannot be undone. What’s said is said.

There are various Ahadith of Prophet S.A.W regarding protecting the tongue:

One of the miracles was that Prophet S.A.W went for Mairaj. He saw heaven and hell and in the hell, he saw woman being burnt on account of misuse of tongue because of being ungrateful to their husband! The basic implication is the same that woman are not heedful of the use of their tongue.

Another hadith of Prophet S.A.W is that “one who remains silent attains salvation”

On another instance, he said “Hold your tongue, make your houses spacious and repent for your sins”

And “Silence is a rule and few people can observe it”

Hazrat Abu Bakr used to hold his tongue because he considered it as the organ that can take him to Jahannum. Look, how worried he used to be about the use of his tongue even though he was Ashrah Mubashirah (one of the ten blessed companions)

It is often the case that we make an intention in our hearts that when we will meet someone we will not utter any word that may displease him or her, or will not do backbiting or gossiping behind his or her back. But then always end up having “slips of the tongue” And then we wonder why. The answer is very simple: The heart is like a pot and the tongue is like a spoon. So, how can something sweet come out of the spoon if there is something bitter in the pot? If our hearts are impure, then automatically what we say will also be impure. Therefore, it is important that we get rid of negative feelings in the first place about anyone that we have and only then will it be easier for us to control our tongues.

Another thing to point out is that when a person wakes up in the morning, all the organs rebuke the tongue and say “don’t punish us because of your misuse”

We must realize through the misuse of the tongue that we can actually end up doing Gunaah-e-Kabira, for example lying.  A hadith of Prophet S.A.W tells us regarding lying that “When a servant (of Allah) tells a lie, (his) Angel goes away from him to the distance of a mile, because of the internal commotions of what it brings” We ask Allah why aren’t our duas accepted? How can it be accepted when we cause the angels to go away from us on account of our own actions? due to our own lying? One of the remedies for getting rid of lying is to punish yourself whenever you utter such a statement. For example, you can make a niyat “everytime I lie, I will offer 20 Rakaat nafal” It is guaranteed that you will think a thousand times next time before you say an untrue statement.

(There are sins like slandering or expressing anger  etc which are extremely relevant but unfortunately could not be discussed due to shortage of time).

In conclusion, remember that all the people have been divided into these three categories:

1. Looters of war booty
2. Talkers of useless things
3. Those who are dafe

May Allah protect us and keep us away from every sin of the tongue and help us become those have similitude of looters of war booty. Ameen