This lecture was held at Main Campus on 8th March 2010. The same lecture was also held at City Campus, IBA

(Topic notes taken by myself)

Tawakkul means leaving everything on Allah SWT. Allah SWT lies above asbaab. But unfortunately, our state is that we are running after the sabab and forgetting that Allah SWT is the one who causes asbaab in the first place. He is above and beyond asbaab.

There are not one, but many verses in the Quran in which Allah SWT talks about placing our complete trust and reliance on Him. Allah says that we should place our trust on Him if we are people of Iman and people of Taqwa because nothing is difficult for Allah. All He has to do for anything to happen is to say “Kun” (meaning: “Be”) and that happens.

Allah SWT has guaranteed us that He is responsible for the rizq of everyone on earth. Rizq is not simply income. For different people, it can be different things. For example, for students, rizq is knowledge. Therefore, Rizq is every single thing that we need. Surely, we are forgetful and unthankful human beings. All we need to do is sit on janamaaz and ask Allah SWT but we keep on forgetting His promise and run after people and worldly objects and getting what we want.

There is also a hadith of Prophet Mohammad S.A.W that we are supposed to rely on Allah like birds rely on Him. If we were to look at birds closely, we can observe that everyday birds leave their homes to get food for the day. Before leaving the homes, they have no idea from where will they get their rizq. But they completely rely on Allah (SWT). Birds are not like humans who , if were in a similar situation, would say “Oh what should I do? My future is so dark. I don’t even know how to get food for the day” Instead everyday is a new day for the birds and they always find their rizq and this is how they live their life.

We should remember that Allah has promised Rizq but not promised Jannah. So instead of being worried on things He has promised us, we should be worried about Jannah, for which He has made no promise and which completely depends on our own efforts.

If we were to look at our own Islamic history, we will realize that Prophet Mohammad (S.A.W) and sahabah had complete and absolute reliance on Allah SWT. In the battle of Badr, we all know that muslims were 313 as compared to the kuffar who were more than 1000 in number. Muslims had nothing but Iman with them to fight the army of kuffar. Normally, before war, people spend time making plans and schemes to fight the army but Prophet Mohammad S.A.W spent the time making dua to Allah SWT. He prayed so much to Allah SWT that Hazrat Abu Bakr R.A came and said that “Ya, Rasool Allah, enough. You have made so much dua that surely Allah will help us”

And then, Allah sent down 3000-5000 angels from the sky to help the muslim army. And Muslims were victorious in the battle. Sahabah said that we saw people in white fighting next to us in the battle.
And Allah never took those angels back to sky. He has left them on earth for us. Everything is still the same. Allah is same. Islam is same. It is we who are at fault that we have stopped relying on Allah SWT.
Another very famous incident that we all know was when Hazrat Ibrahim was being thrown into fire. Angel Gibrael came and said to Hazrat Ibrahim that if you want, I can completely destroy this town. Then Hazrat Ibrahim said “Does my Allah know that I am being thrown into fire?” to which the angel replied in affirmative. Hazrat Ibrahim refused the help of an angel and said His Allah was enough for him.
And then Allah said that if you don’t want any sabab, then I also don’t want anything in between. And He Himself asked the fire to cool down for Hazrat Ibrahim.

You and I look for friend in this world. But Hazrat Ibrahim was Khalil Allah, the friend of Allah… , Nothing better than to have Allah as your friend!

There is another incident of Hazrat Maryam. Hazrat Zakariya had left her with insufficient amount of food. When he came back, he saw she had a lot of food. So he asked her where she got it from. She said “min indillah (From Allah)”

Verily Allah provides without measures. He gave her fruits out of season! When Hazrat Zakariya saw that, He prayed to Allah and He provided him with a son in a very old age.

Another very famous incident is when Hazrat Ibrahim left Hazrat Hajra and Hazrat Ismael in the barren desert. But the only thing Hazrat Hajra asked him was if he was leaving them for the sake of Allah. When he answered in positive to her, she didn’t argue. And while at the desert, when Hazrat Ismael was thirsty, Hazrat Hajra ran from Safa andMarwa seven times to look for water. And Allah provided them water. There was so much water that Hazrat Hajra had to say “Zam Zam (Rok jaa)” Allah had provided them from the ghaib! This is the same practice that the muslims all over the world repeat when they go for Umra showing the importance of complete reliance on Allah (SWT)

So now the next question is how to increase our reliance on Allah SWT?

The first thing is that we should make Dua. Even when our shoe laces break, we should ask Allah that “oh Allah what should I do. Help Ya Allah” That’s how intimate He wants us to be with Him. For anything we want, we normally go to makhlooq (friends, teachers etc) but we should remember that “jis ka rab hai, uss kaa sab hai” So we should make dua to Allah as much as we can after reading Quran, after our fard namaaz, in tahajjud etc .

Second thing is that we have to increase our rememberance of Allah. We should increase our nafl ibadat, recite istaghfar, listen to bayaans, read Quran etc.

And the third thing is that we have to recite the verses of Takwa and tawakkul which will remind us of His promises if we forget.

All these steps will make us a better Muslim Insha Allah. 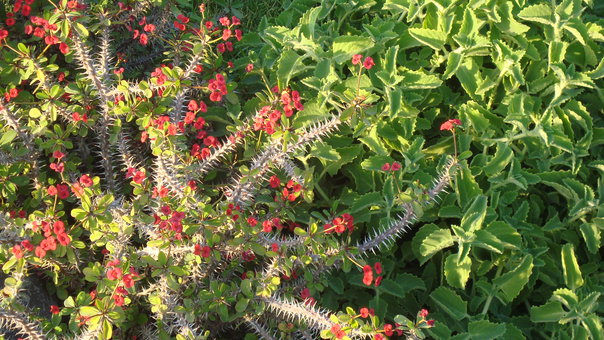 Photo Credit I wrote an article for Hiba Magazine which got printed last January (Jan 2010). I told my sister-in-law,...