I had been wondering and observing for some time now as to what the Muslim world was doing in order to provide “halaal entertainment” to people since people need to be provided with alternatives or else it is impossible to leave that form of haraam entertainment whatever it may be. Entertainment is just as essential as breathing for some and if you can’t tell people to stop breathing, how can you just ask them to give up their version of entertainment if it qualifies under the haraam category? They need an ALTERNATIVE.

One thing to be kept it mind is that most of the time we are involved in activities which are not haraam but are also not encouraged in Islam either, for example playing cricket all day long or reading novels or even playing games like Farmville and Cityville on computer. I have been a Farmville addict myself at one point of my life and I can’t believe how much of my daily time was being utilized on that game. Everyday, I would come online on facebook with the intention of spending not more than 15 minutes but end up spending at least 1 hour, sometimes even more, thanks to the new attractions they introduce every now and then. There is nothing wrong in playing such games but these games soon become an addiction. It took me a lot of time before I actually realized that each and every moment of our life is precious as life is nothing but years, months and days gifted to us by Allah Subhanahu wa Ta’ala.

“Each breath of the age is a valuable pearl which has no price – in this world – so you should conserve it for the hereafter (when it pays much to expend) by remembering Allah ta’ala and obeying Him.” – Abdul Malik al-Qasim

So any form of alternative shouldn’t just be an alternative that involves us more in the dunya but should be able to bring us closer to Allah SWT. I have been very glad that in the music front, nasheeds are almost the best alternative for those who are trying to give up music. Baba Ali, Hamza Moin and lot of other muslims are also doing a wonderful job to provide halaal form of entertainment to people in terms of humourous videos, articles, short movies and even games which are also simultaneously trying to bring us closer to the deen of Islam.

However, what makes me to write this blogpost today is the effort of my friend, Maryam Zahoor to provide the Muslim children with a halaal form of entertainment under the banner of an Islamic game by the name of “Race to Makkah” This games also develops an interest in children towards Islam. I am extremely inspired by her since I had been hearing from her for more than 6 months that she wanted to work and bring about an Islamic game. I hate to admit it but I didn’t take this idea very seriously although I always knew how much is there a shortage of Islamic fun games for children. In fact a few days back, I wanted to purchase an Islamic board game for my little sister so I went to Liberty books, only to found out how little variety there was to choose from and that too at a much premium price than the regular board games.

Now I am extremely glad that Maryam did follow her vision and is able to bring about an inexpensive Islamic board game(Rs 300/-) in the market as a part of her Retail Management project undertaken at IBA The game provides not only fun but also enhances the knowledge of the children.  She says that her Retail Management teacher, Farah Naz and Entrepreneurship teacher, Mr Shahid Qureshi have been a source of inspiration for her.

Obviously this is a baby step towards helping the Muslim Ummah by an individual (along with her team member Hareem)  but this is how each and everyone of us could make a difference. There is a saying in persian “qatra qatra behm shood darya” [little drops of water form sea] and in order to create  waves in the sea of the muslim ummah, all of us would have to join hands together and bring about our own droplets of efforts.

I hope we are able to that, InshaAllah

Have a look at the board game here: 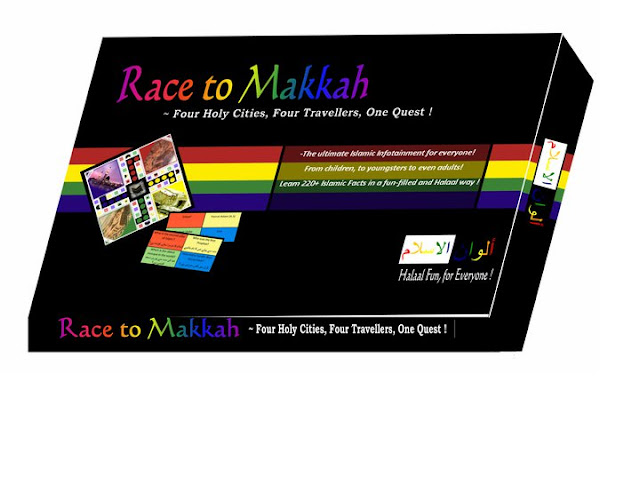 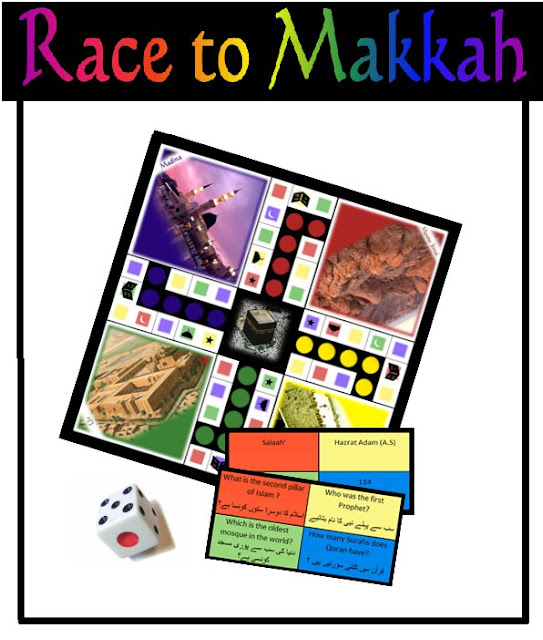 For more details about the game and how it works, click here

A day in London

« The Entrepreneurial bud
The big picture »

As the semester comes to an end, I am saying goodbye to some of my favourite teachers and courses. One...