The purest emotion in the world 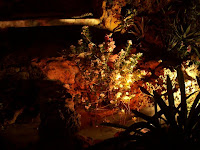 (ever since I posted pictures of visit to Dr Aafia’s place on facebook, a lot of people have been asking me about its details so I decided to write about the whole experience on my blog. Iqra Society was invited by Dr Aafia’s mother at her home after we had a session at IBA with Mariam Ridley who spoke about Dr Aafia in that session. To thank the society for the efforts, the society members were invited for a dinner at her place)

Facts can be twisted. Lawyers are experts at that. Ever heard of half truths? But one thing that can never lie are the eyes of a mother when she talks about her child; full of love, full of compassion, full of kindness. And when someone puts her child into trouble, the mother’s eyes turn into those of a ferocious animal who can do anything to save her child, no matter how weak she is in front of the beast.

I happen to see exactly this in Dr Aafia’s mother’s eyes. She is weak in front of the Americans who had captured her child, yet she is fighting everything and everyone who is coming in her way. When she talked to us and told about Dr Aafia’s conditions, it was as if she was going through all the pain herself. Tears swelled in her eyes when she said that her daughter, who had lived a life of princess life at Pakistan, was kept in a 6 X 6 cage where she is being treated worse than animals. They strip search her, pluck her hair one by one, ask her to walk over the Quran if she wants her clothes back, etc. I am amazed by the amount of courage that her mother has. She is one of the strongest woman I have ever met in my life.
I just wonder how difficult it must be to just think about your child in so much pain and yet being unable to do anything. How suffocating such a life would be. As if she cannot breath and yet she cannot die. How difficult It must be to sleep comfortably at night on the bed when her daughter is lying in wounds. How difficult to even swallow food through her throat when she doesn’t know how many days her daughter has been hungry. Hazrat Hajra, ran from Safa Marwa 7 times when she wanted to find water for her son, Hazrat Ismael. This is what the power and purity of a mother’s love is. And yet I don’t know any truths about Dr Aafia’s case, yet I know for sure that her love for her daughter is pure. And a mother’s eyes and a mother’s voice cannot lie. I felt pain in her voice. I saw agony in her eyes. I feel like believing her words.

When Kiran, I and Maryam were giving her hopes that Dr Aafia wil be back soon inshAllah, she said Aafia’s friends used to come like that too when she was here. And then she had tears in her eyes.

Dr Aafia’s sister is also an icon of courage. She is carrying out the “freeaafia campaign”. When we entered her home, she greeted us warmly. She was very calm and very down to earth. And only when I asked her to tell us about herself, she told me, with no show of arrogance in her voice about herself that she was ex director of Epilepsy program at John Hopkin’s university, consultant neurologist etc. I just imagine what she must be going through with Dr Aafia in so much pain. How must she be able to stand so much criticism about Dr Aafia being guilty. And one thing she said really struck me “ It is not about being guilty or innocent anymore, it is about human rights” And yes, it is about human rights now. We would never even treat our enemies like that the way they are treating Dr Aafia is brutal! It is almost difficult to imagine how she was managing to smile when her heart had been crying and craving for sister’s love for years now.

They have eleven cats at their place. One for each member of the house. They loved cats as if it was a human child and not any animal, keeping them on their lap and constantly petting them. Dr Fawzia told us that they can’t leave those cats. So I told them “yeaah , these cats have become a part of your family now” to which she replied “yes and that we cant leave them outside. Its unsafe outside” I realized an implicit meaning in her words. That is exactly what she felt about the world after Dr Aafia’s case. How cruel and dangerous the world is once you step outside your comfortable home. She said that they didn’t even cut cats nails so that these cats could defend themselves. It just showed to me that how much Dr Aafia would have been pampered at home keeping in mind that the way they were treating animals..

Keeping aside the love of animals, there were two more kind of love I happened to witness at their place. One of them was love of Allah. It was apparent in their simple lifestyle. And also in the words of Dr Aafia’s mother who kept telling us verses and stories from the Quran every now and then. And in the way, they were treating us so warmly, And also in the way they have patient all these years..
The other love was the love for Pakistan. I noticed how they served different flavours of Pakola and Apple Sidra on dinner table. when I told them that they seemed big Pakola fans, Dr Fawzia replied “ Well Pepsi and Coke is banned at our home” Dr Aafia’s mother kept telling us how they had rejected the US green card because they wanted to spend their lives in a country for which our ancestors have fought and sacrificed their lives. Dr Aafia’s mother said that Khilafat movement was decided in their own drawing room!

I really don’t know much about Dr Aafia’s case. All I know is that I happened to witness the purity of love at their home, be it love for Dr Aafia herself or any other thing. The emotion was so pure and so powerful that I feel like believing every word they have said.

Love cannot be a lie.

http://www.calltowardslight.com/2010/03/the-purest-emotion-in-the-world/2010-03-28T00:18:00+00:00Zauja Muhammad AliExperienceslove,mother,Visit to Dr Aafia Siddiqui's home(ever since I posted pictures of visit to Dr Aafia’s place on facebook, a lot of people have been asking me about its details so I decided to write about the whole experience on my blog. Iqra Society was invited by Dr Aafia’s mother at her home after we...Zauja Muhammad AliNida Alinida_fareed@hotmail.comAdministratorCall Towards Light

« The light
That firefly »

Photo credit﻿﻿﻿﻿ Imagine a world of darkness. A world where there are no greens or blues or yellows but only...